1876, upon the opening of Sapporo Agricultural College, under the guidance of Dr. W.S. Clark of Massachusetts Agricultural College was invited as a director, trial field and our farm were established as a model farm. Until the Furano Eighth Farm from the First and Second Farms in Sapporo city, farms had expanded the scale to more than 6,000 ha indeed, including Yoichi Orchard. Most of them were peasant field. It has a “pioneer spirit”, was changed to arable land by clearing the virgin forest, and laid the foundation of agriculture in Hokkaido.

Because it was used in a new building sites, such as the university and the release of agricultural field to the peasant after the war, now is the management of 60 ha in Sapporo campus and Yoichi Orchard 5 ha.

In 2001, the integration among affiliated education and research facilities of the Faculty of Agriculture, Faculty of Fisheries and Faculty of Science as the Field Science Center for Northern Biosphere assigned the Experiment Farm to be one of facilities in Agro-ecosystem Research Station.

Recycling system using the biogas plant with relocating the pig and poultry house and barn for cattle was completed in 2005. Agri-Food Center (food processing) was established in 2011. Administration building of Field Science Center including Farm Office was renovated in 2009.

In response to jurisdiction conversion of 100ha to the northwest end of Sapporo, was installed Nogakuen (Dr. W. S.Clark, Director) at the same time as the opening of the Sapporo Agricultural College.

Sapporo Agricultural College changed to be under the direct control of the Ministry of Education.

It was reorganized into Experiment Farm, Agro-ecosystem Research Station in the Field Science Center for Northern Biosphere, which was established by the integration of a joint-use facility in campus and nine facilities which belonged to Faculty of Agriculture, Faculty of Science, and Faculty of Fisheries. 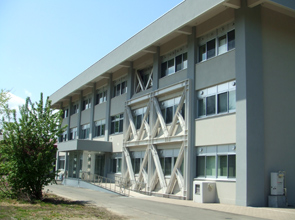 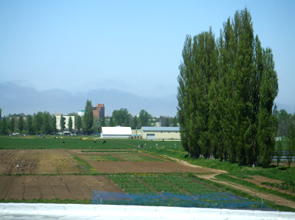